Showing posts from 2014
Show all

We will be using a hosted Ubuntu server so an AWS account is required After creating an AWS account and accessing the console be sure to change the region from default to create the instance in the closest zone : Select EC2 Select Launch Instance Choose Ubuntu Server (build 14.04 at this current time): Choose the default “ Free Tier eligible ’ instance Leave the defaults and select ‘review and launch’ (I selected auto assign public IP) Edit the Security groups to allow traffic in: Namely port 8080 for jenkins (default port) Port 22 for ssh access The security groups should look something like this: Choose Launch Then Create the Keypair Make sure the correct security group is assigned to that instance: Once up and running select connect to get the terminal commands: Open your terminal or command prompt and locate the .pem file that was saved and
5 comments
Read more 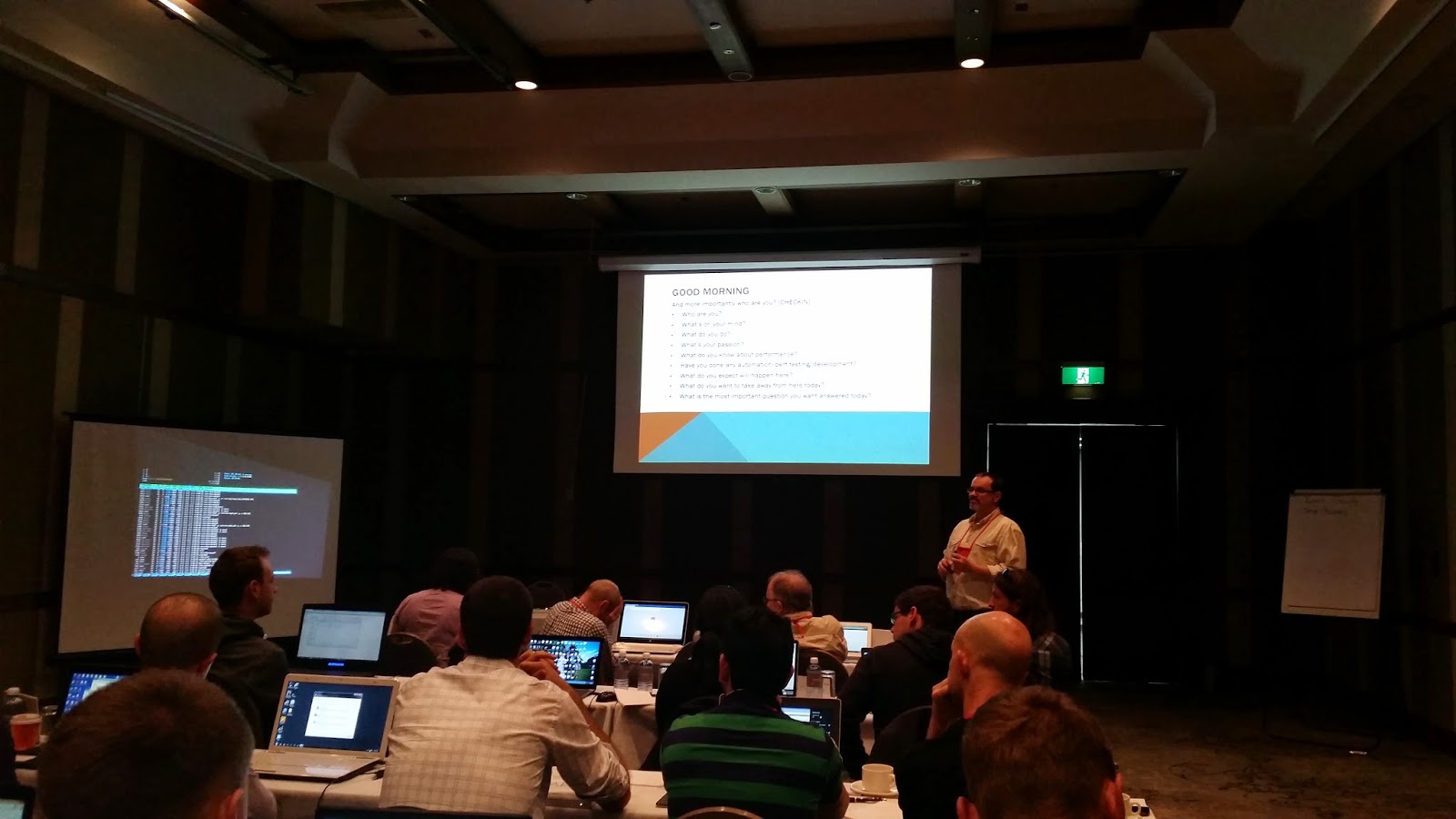 The day of the conference had arrived. Dan and myself flew down the Monday morning on a flight from Brisbane, we arrived in Sydney on a somewhat ‘crisp’ morning and met up with Dean at the luggage carousels. All three of us made a bee line for the hire car (that Dan had organised, thanks Dan!) and made for our escape from airport and up to the Fairmont resort in the Blue Mountains.  Two hours later we finally made it after some unexpected detours on the way, lets just say I won’t get a job as a navigator anytime soon. We headed in to the resort a made a hasty check in, the rooms weren’t ready so we headed down to the conference where we found the the opening workshops were about to take place as we had arrived too late for the keynote by James Bach. I decided to attend the Oliver Erlewein workshop on “ Hacking Performance ” given this was more in line with my current role. The first couple of hours were spent setting up Jmeter then we broke for lunch, which was buffe
22 comments
Location: Segway Blue Mountains (at The Fairmont Resort), Blue Mountains National Park 1 Sublime Point Road, Leura NSW 2780, Australia
Read more 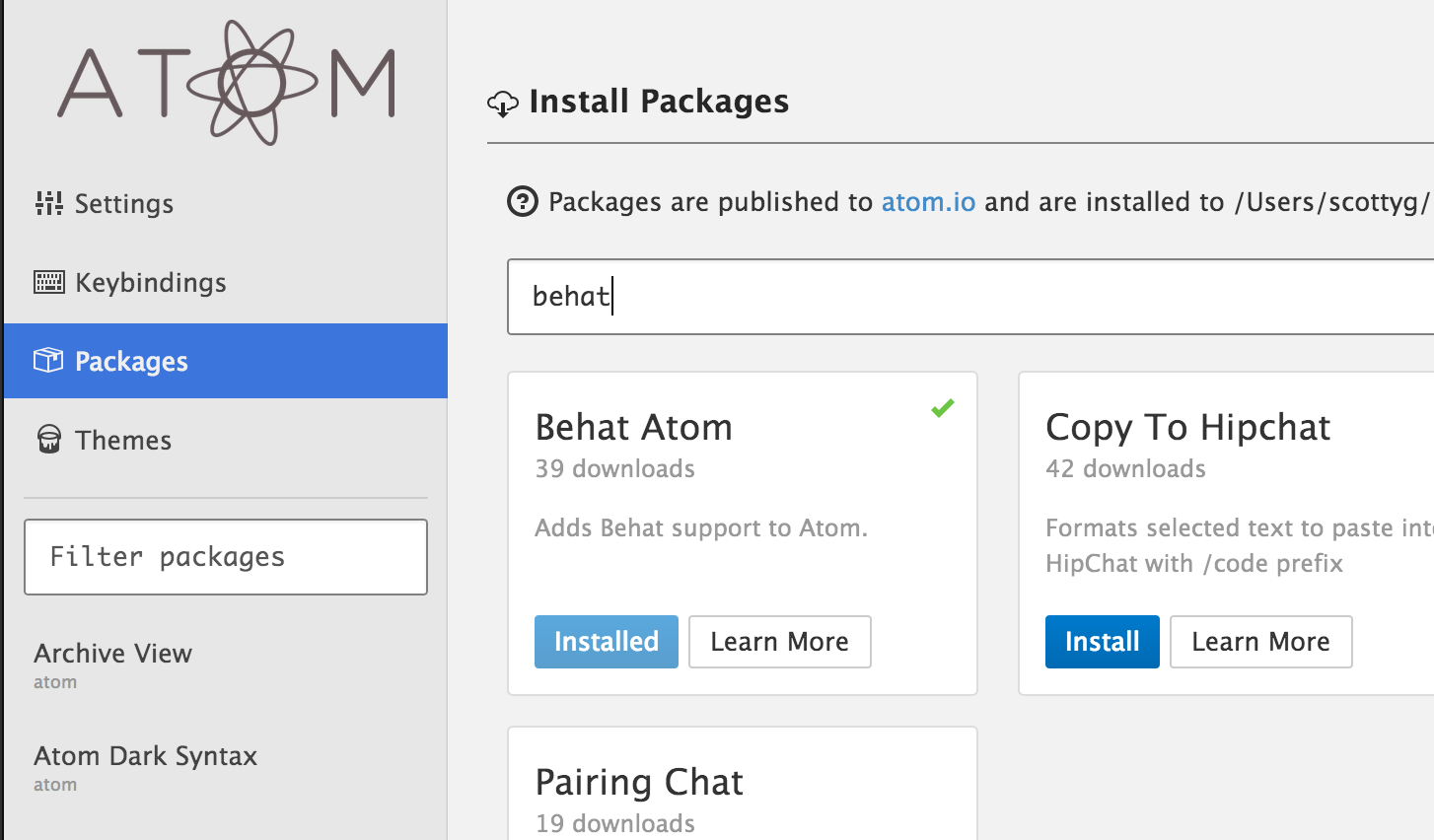 Atom is the cool new Text Editor / Source Code Editor from Github. If you havent got it then head on over and check it out:  https://atom.io/ Executing your Behat tests from inside Atom: Open up the Atom preferences and search for and install the following packages: Behat + Script Open up your Feature and bring up the 'Script' run options ( command + shift + i ). Set " --ansi " in the 'Command Arguments' (shows pretty output) Set your config and profile options in either the ' Command Arguments ' or the ' Program Arguments '. Set the grammar to be " Behat Feature " : Run the tests:
3 comments
Read more
More posts